You are here: Home / Mental health / Stoicism, fighting and quitting 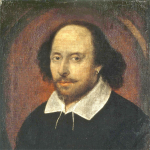 To be, or not to be: that is the question. Whether ’tis nobler in the mind to suffer the slings and arrows of outrageous fortune, or to take arms against a sea of troubles, and by opposing end them? To die: To sleep; no more; and by a sleep to say we end the heartache and the thousand natural shocks that flesh is heir to, ’tis a consummation devoutly to be wish’d. To die; to sleep; perchance to dream: ah there’s the rub; for in that sleep of death what dreams may come when we have shuffled off this mortal coil, must give us pause.
(Shakespeare, Hamlet, Act III, Scene I)

Suffering the slings and arrows in silence

You might not be familiar with Shakespeare, but if you’ve ever contemplated suicide due to the overwhelming onslaught of chronic illness and trouble in your life, then you will be familiar with this mental battle. To exist or not exist? Am I better off alive or dead? Is it the stronger, right thing to do, to suffer in silence and take it all on the chin? The Stoics among us would have us believe it’s shameful and embarrassing to confess to our difficulties in coping with constant pain and fear.

At a family dinner where I was physically unable to open my mouth to eat, a family member complained that my inability to eat was attention seeking and embarrassing. When I tried to explain that my jaw had locked from the Rheumatoid Arthritis a relative of an in-law of mine piped up with how her husband never once complained about how much pain he was in when he had cancer and how wonderful he was for doing that. She said this while looking at me with utter contempt and disgust. It’s odd how those who have never had to live with intolerable pain are so quick to shame those who do, what makes them qualified to judge? No wonder her husband didn’t feel safe enough to share his fears and pain with her. No doubt he expected criticism, and that would make the pain so much harder to bear. I’ve done that too. Better to bottle it up, suffer alone and imagine that someone cares, than to share and be treated with contempt and find out for sure that you really are alone. The selfishness of those who feel entitled to an existence unruffled by the awareness of your suffering boggles my mind, and the manipulative tactics they use to ensure your compliance with their selfish whims is truly the antithesis of the nobility they presume to possess and seek to educate you on.

Opposing the sea of troubles

So, if we don’t want to suck up the pain and suffer in silence, what else can we do? Can we stand and fight and put an end to it that way? If so, how do we arm ourselves? How do we stand up to an overwhelming tsunami of sickness and pain and the myriad of circumstantial and relational troubles it gathers in its wake? How can we defeat something supposedly incurable and relentless? Do we even believe we can win?

Shuffling off this mortal coil

If we don’t believe we can win and can’t face the pain and forced isolation demanded of us by those who think everyone but them should be stoic about their problems, what other way out do we have? Death? Anything to make the pain stop looks inviting, even when non-existence is the price to be paid. Is that a way out, or a path to something even worse? There’s the rub.

So, we can bottle it up, fight for a better life, or quit and die. Let’s fight! We must arm ourselves with knowledge, don’t accept the prevailing ‘truth’ that there is no hope and it’s all downhill from here. Just because something hasn’t happened before doesn’t mean it’s not possible, and just because there’s no supporting research yet doesn’t mean it’s not possible either, unless there is research confirming the contrary.

Research for people over profit


Until people are looking for a humanitarian return on their investment, rather than a financial one, no one will be carrying out the scientific studies necessary to prove the efficacy of diet and lifestyle changes in improving chronic illness, or bringing about remission. We have to study the existing data and see what we can deduce from it that applies to our health and wisely and safely experiment, with our doctor’s knowledge, to see what improvements we can make to our health. I am doing this, and I’m achieving the allegedly impossible, though of course, it was never actually impossible, people just believed it was, because no one had done the research to show that it wasn’t, because there is no money to be made from getting people off medication and keeping them well without it.

So, don’t quit and check out of life, don’t bottle everything up in isolation, and kick the Stoics to the kerb. Let’s talk about health and what we’re doing to restore it. Let’s pool our knowledge and experiences. Let’s choose not to believe there is no hope, and let’s find a way to make it happen. I stopped wearing my wedding ring decades ago because my fingers would swell and I lost count of the times I woke up with my finger turning purple from the swelling. I have refused to get it enlarged because to do that is to accept that I will never be well. I have no intention of conceding defeat, ever. I have already achieved the impossible and choose to believe that I can make this happen. I hope you will fight for a better life too.