You are here: Home / My Experience / First things first.. 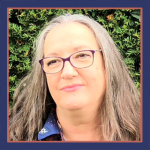 I’ve been planning to write a blog documenting my journey to recover my health for quite a few years now. Every time I felt ready to launch, something would happen to knock my health for six and make me question everything I thought I’d discovered about nutrition, health and fasting. On top of those issues, there was a confusing array of information from those promoting a low-fat, plant-based lifestyle, and those promoting a high-fat, high-animal-protein-based lifestyle.

Much of this on each side outright contradicts the other side and both sides are subject to biases and agendas other than wanting the best for people. To add to the confusion, many of those who have benefited from a particular diet become filled with zeal, claiming science to back up their every argument, while rarely actually reading or understanding the research for themselves. They have based their opinions almost entirely on what they’ve been told by people in authority and they attack anyone who disagrees with them with a disturbing degree of fervour that smacks more of religion than science. Science is evidence-based and does not need irrational, frenzied fanatics to defend it, the facts speak for themselves. Some of the authority figures in the respective nutritional movements are guilty of this behaviour themselves and incite hatred against and personal attacks upon the ‘opposition’, dragging what should be reasoned scientific debate into the playground. I’d like to put them all in detention and make them sit and think about what they’ve done because while this is going on and they are feeling smug about themselves and jostling for the upper-hand in the debate, people are dying for want of correct nutritional information. One of those who died was a friend of mine. Dead, in my opinion, because he followed the incorrect advice of one of these authority figures.

Science is not just another opinion

I’ll discuss why science matters and what constitutes valid science in other posts, along with why you should look at the research for yourself and not just take anyone’s word for it just because they sound confident or come with medical credentials. Don’t take my word for any of this either, just look at the research. Sure, listen to people’s experiences. I love listening to how others have recovered their health, or learning from their mistakes so I can avoid them myself, but it is dangerous to make life-changing decisions that will impact your health without fully understanding potential complications. I’ve made this mistake twice, both times with serious consequences.
The diet I have found to transform my health might not be the best diet for you and I’m merely documenting what I’ve done, the good and the bad, along with my reasons for doing so. What you take away from this is your responsibility. Look at the research, decide for yourself. What I will commit to, is that the message I’ve heard from doctors, that ‘diet makes no difference‘, in terms of controlling autoimmune disease, is flat out wrong.
I recently received a letter from my rheumatologist at hospital confirming that my rheumatoid arthritis is now in remission and being controlled with a plant-based diet and fasting, along with a small weekly dose of Methotrexate. It’s no fluke that I have been able to come off anti-inflammatories and another DMARD (disease modifying anti-rheumatic drug), while substantially lowering my CRP level (C-reactive protein – an indication of how much inflammation there is in the body). I have been systematically working my way towards this goal for about 10 years. Maybe others will be able to use what I’ve discovered to get themselves into remission within weeks or a few months. My current diet and fasting work faster than the drugs that I’ve been on, in terms of controlling flares (now occasionally triggered by eating tiny amounts of animal products inadvertently), and the only side-effects have been good ones. Obviously discuss any experimentation you plan to do with your doctor before-hand, as some of what I do in terms of fasting and eating large quantities of vegetables could be life-threatening in patients with certain conditions. My long-term hope is that the NHS in the UK will put nutrition and fasting on the front-line of medicine, that both subjects will be taught in medical school, and that the nutrition advice given to doctors will be correct.
Having the correct diet and lifestyle for you, including regular fasting can have a massive impact on the likelihood of you developing one of the UK’s 5 biggest killers: coronary heart disease, respiratory disease, stroke, liver disease and cancer, as well as autoimmune diseases and type 2 diabetes. Once you’ve got one of these diseases getting the diet and fasting right might just save your life.