You are here: Home / The Diabetes Challenge / The results are in from the first 8 weeks! 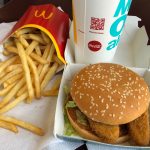 The first 8 weeks of eating low to moderate amounts of carbs, one meal a day during the week and fasting at weekends, while sticking to 5,600 calories a week are over. Has my ability to process carbs returned to normal yet? Sadly no, not yet. However I’m not giving up hope of that happening, and here’s why I thought it was unlikely to happen in 8 weeks anyway:

In Prof. Taylor’s study, the participants weren’t as heavy as I was when starting this, they were about the weight I currently am now, so it would seem logical that if they were diabetic at this weight, why would dropping to this weight resolve my diabetes? Also, only the participants who had been diabetic for less that 5 years saw their diabetes resolve in those 8 weeks. Although I’ve been diagnosed for less than 5 years I am certain I have had diabetes for longer than that. His trial only lasted 8 weeks and I have a hunch that if he’d carried on for much longer he would have seen even the long term diabetics resolve their diabetes. This is a mere hypothesis of course, but one I would like to prove to the point that a longer-term research study is justified.

So what are the stats?

Before eating, my blood sugar was a very healthy 4.6. This was a huge improvement on my baseline blood sugar level 8 weeks ago when I started this, which was 8.3. My ketone level was 2.8, showing that I was maintaining ketosis eating the food I’ve been eating and eating one meal a day. The idea that you can’t eat most vegetables because they ‘are not keto’ is a myth and an unhelpful myth at that because it makes it so much harder to stick to a vegan diet and do keto if you believe you have hardly any food choices open to you. Just cut the starchy food and limit the number of meals you have and it’s a cinch to stay in ketosis. It’s being in ketosis that matters, not the carb count.

I had the same high carb, highly processed meal as last time, with the deliberate intention of provoking a spike in blood glucose. If my body can handle this and have me back to normal blood sugar levels, two hours after eating, then that is a win for me – diabetic no more!

After eating so many delicious, filling and healthy meals over the last 8 weeks, eating this was remarkably disappointing. Many of the meals I’ve been making took less time than it would have taken to drive to McDonald’s, wait for the meal, and drive back again. They were cheaper too. The moral of the story is this if you want fast, delicious, cheap food … eat at home! Having an Instant Pot helps with the speed part.

One hour after eating

One hour after eating things were looking promising! My readings from last time led me to think that this would be the highest reading. My one hour reading last time was 14.8 and it went down from there. Last time the rise in blood sugar at one hour postprandial was 6.5 from the baseline and this time it was 5.4. I was beginning to get excited at this point!

OK, not what I was expecting at all! It’s gone up instead of down! I have no clue why. Last time my reading was 11.2 at this point, so I’m worse this time around!

It’s coming down at last, but it’s still higher than last times reading of 7.5 at this point.

Still too high after 4 hours, and still higher than the 6.0 last time at the same time.

I’ve clearly made no progress in these 8 weeks as far as my ability to handle carbs is concerned, even though on a day to day basis I am maintaining very healthy blood sugar and ketone levels. I am maintaining these through my dietary choices and fasting lifestyle and not because my pancreas is improving or beginning to function normally again. I’m not conceding defeat yet though. Onwards and upwards!

I have benefited in terms of overall health over these 8 weeks though. My weight has dropped by 12.6 kgs (almost 28 pounds, or 2 stone), my BMI has dropped from 40.7 to 36.2, my waist is down from 116 cm to 102 cm, body fat percentage is down from 55.5% to 52.3%, skeletal muscle percentage is remaining the same at 20.7% (although I am feeling stronger) and my visceral fat has dropped one point down to 12 from 13. I believe this is the key metric for resolving my diabetes. I expect to see some improvement in pancreatic function once it drops below 11, but not a full reversal of diabetes until it’s at least as low as 9.

I am exercising every day now and my Apple Watch makes a great data-driven personal trainer. I have been closing my rings daily for the past month and getting up at 5 am most days to work out. I am competing with my daughter on the Apple Watch, so even if we can’t work out together in the same place at the same time I still have the exercise buddy element to keep the motivation up. The exercise has made noticeable improvements to my heart. At one point I had a resting heart rate in excess of 120 all the time and was diagnosed with super ventricular tachycardia, though apparently not the kind that can cause sudden death (phew!). I worked out that was caused by one of the RA drugs, which I have since stopped. My heart rate dropped but it was still a bit too high. My resting heart rate today is 54, down from the 72 it was at 8 weeks ago. My heart rate variability was a healthy 65 yesterday (healthy for my age, in case any athletes are looking at this and thinking that’s pathetic). Earlier in the year, my HRV dropped to 7 after a particularly stressful situation happened. I felt really ill at that point. My VO2 Max is also improving, up from 18.52 back in December when I had huge difficulty in completing the 20-minute outdoor walk necessary to get a VO2 Max reading, to 21.14 yesterday when I easily completed a 1-hour outdoor walk. For my age 18.52 is considered ‘poor’ and 21.14 is considered ‘fair’.